First before we talk about Neuro-lymphatics, we need to talk about lymphatics and the lymphatic system, what they are and their role in your health.

Lymph is a clear colorless liquid carrying microscopic particles such as white blood cells, food, protein, and other substances such as water necessary for the cell’s health; also it may contain bacteria , viruses, toxics and other foreign material. This lymph is collected by a system of collecting tubes located near our organs, and muscles that drain the lymph is called the lymphatic system.

In this system of collecting tubes are lymph nodes; lymph nodes produce a type of white blood cell that engulfs and destroys invaders like bacteria or viruses. The lymph nodes are concentrated in areas such as the neck, shoulder axilla, elbow, groin, behind the knee, and in the abdomen. Most people at one time or another have had swollen glands around the neck; the lymph nodes are actively helping to control the infection

So your lymphatic system has two major functions: to maintain the fluid balance in our bodies and to help w/ our immunity.

There are neurologically controlled muscle fibers in the large lymph vessels. Contraction of the vessels helps propel lymph drainage into the venous system.

Neurologic reflex points thought to affect lymphatic drainage were developed by an osteopath, Frank Chapman, in the 1930s who believed that manipulation of tender spots in the body could increase lymphatic drainage in different organs and improve health

Goodheart who founded Applied Kinesiology started working w/ Chapman’s points and found that working these points also affected muscles as well as organ drainage. Goodheart started observing (for example) that points for stomach drainage also helped the pectoralis clav. muscle. Goodheart continued his research and found that there was a organ-muscle- lymphatic connection for each organ and muscle. 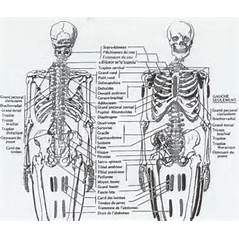 For example: let’s talk about muscular imbalance and postural distortion in the upper chest and neck region. Imbalance in this area may interfere with the proper movement of one’s rib cage in respiration. Movement of the rib cage, along with diaphragm contraction, makes a major contribution to lymphatic drainage; it is especially important in the vital function of lung lymphatic drainage.

Chronic muscle strains & back pain, chronic infections, how much water is the patient drinking, poor circulation, nighttime urination, morning stiffness, tingling in extremities. allergies are all clues to an Applied Kinesiologist that the lymphatic system may be involved and that stimulation of neuro-lymphatics points are needed to help the patient.

And please check out the Patient Testimonials page on my web site.

Want to be in the know on holistic information and postings?